There are many ways you can make a water tank, all depending on your usage, location and budget. In most cases when a water tank fails, there are several options for the water tank repair, including a tank liner or just patching the leak. Other options do exist, but many do not fix the root cause of the problem, such as cracks from ground movement. So when fixing a tank, make sure the fix will also address potential problem in the future.

Concrete water tanks are very thermally stable so they naturally keep water cooler. This means there is a lower risk of algae blooms and other bacteria forming.   They are also generally considered bushfire proof, and hence are popular in dense bush areas where fires are an issue. These are also the only type of water tanks that can be installed inground.

A concrete water tank will most likely start to leak due to small ground movements causing cracks in the structure. Ground movement is commonly caused by longer periods of wet and dry, causing reactive clay soils move.Choices for repair mean either sealing the crack or installing a tank liner. While more expensive, a tank liner will accommodate future ground movement, while an isolated repair will not.

Long life spans and the ability to keep water cool make these water tanks an attractive option as well. A steel water tank can also be considered to one of the most environmentally friendly, in that almost 100% of the tank can be recycled at the end of its life.

Steel water tanks most commonly leak due to corrosion. Apart from a leaking tank, the rust and corrosion will potentially contaminate your drinking water as well. Repairs mean either removal of the corroded area and preventing further corrosion.

Tanks made from polyethylene are now the most popular type of rainwater tanks in residential areas, due to the economical pricing and lightness of materials. Tanks are also made without any seams and will not rust or corrode. While they can also be almost 100% recycled, the very low thermal mass means the water will heat on hot days.

Leaking can occur either from degradation of the plastic, with cracks or splitting of plastic occurring. Usually the crack or hole in the water tank can be welded as a repair, but joint strength will be dependent on the skill of the welder, meaning very often repairs need to re-done. Large splits can accommodated with a tank liner and a steel band.

Wooden water tanks are much less common today, but they still do have their place. The iconic New York City skyline water tanks are one example where they are the cheapest option. They are still made from wood today primarily because they can be built in place high up on the roofs in a fairly quick and easy fashion, negating the need for specialized equipment that would otherwise be required to get a pre-built water tank in place.

A good wooden water tank can last up to 30yrs, with ground movement causing small cracks to appear.

Very stiff and rigid, fiberglass water tanks are corrosion resistant and very water tight. They not as heavy as a concrete water tank, making them easier to transport. Similar to concrete tanks, cracks can appear due to ground movement and methods of repair include sealant or a tank liner. 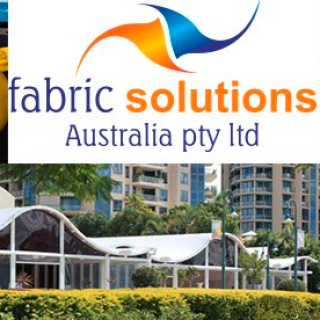